The Art of Leading Your Practice 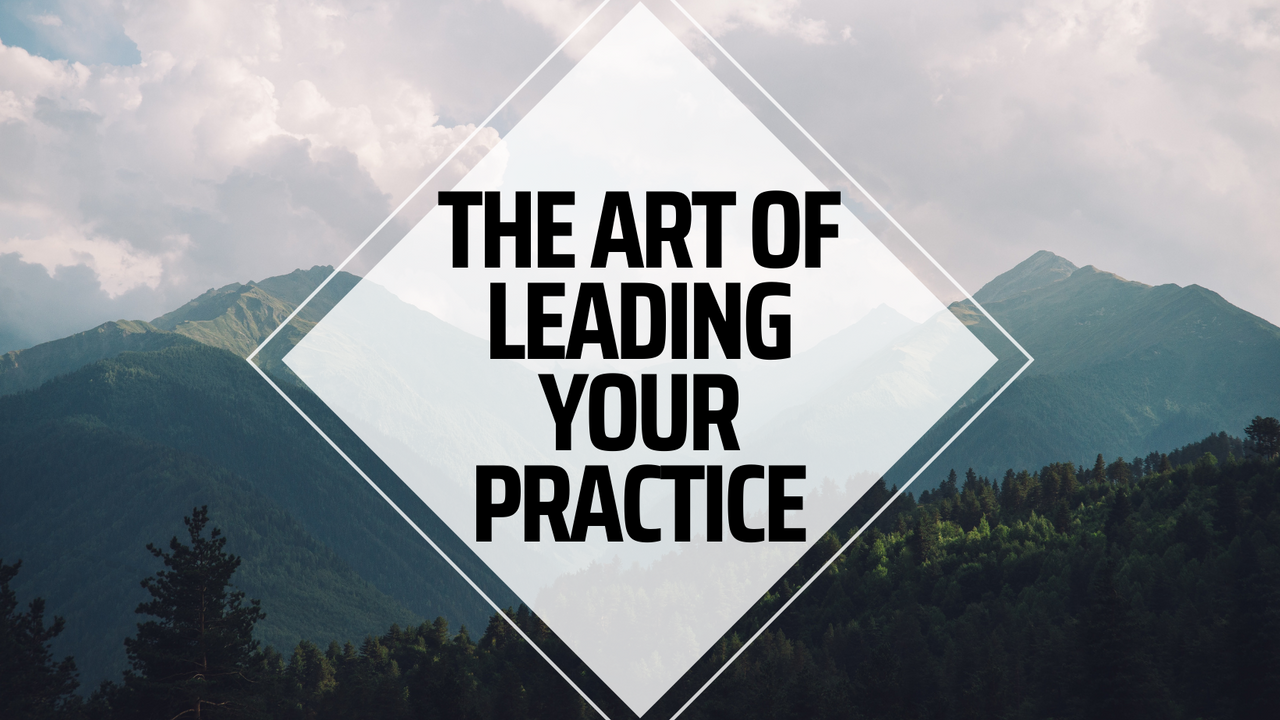 What are Your Values?

I am the middle of 5 children. My sister is the oldest by a few years and the four of us are separated in age by just 18 months. For a parent, four boys that close together will get and have your attention. When I was young, every year around her birthday I can remember asking my mom, “What do you want for your birthday?” Every year was the same answer. “I want nice boys and clean rooms.” My parents are simple people, and they had a vision for what they wanted out of their boys. It wasn’t really about clean rooms and the behavior of our youth. They weren’t lazy parents, and they knew we were going to be naughty. In fact, they were often very energetic in their discipline, and for very good reason. You see, their vision went far beyond a birthday wish. They wanted to teach us to respect people, especially our elders, (nice boys) and that it took discipline to get things done well and consistently (clean rooms). It was their recipe to artfully achieve their part of the vision for our lives.

You’ve gone through the hard work of determining What is your vision?  You’ve harnessed the power of your vision, tapped into your emotions and it is crystal clear both on paper and in your mind. There is no better work and no greater feeling. This is a big step, but it’s only one step in the long, important journey. Now it is time to ask and answer the hard questions about your people, what you value, the culture you’d like to create, your processes, what data is important, and the challenges your practice faces.

At a crucial point in the Battle of Britain, German war planes smeared the skies in their attempt to destroy London. Manned by young and old, every available aircraft in Britain took to the sky in defense of their homeland. The courage of the British pilots in the Royal Air Force was on full display, and those they protected anxiously surveyed the incredible scene. Winston Churchill, as he watched the battle unfold, declared, “Never in the field of human conflict has so much been owed by so many to so few.”

Winston Churchill was a man who valued bravery and a fighting spirit. Because he valued those things, his England courageously adopted his “never give up” attitude. They fought like men and women possessed by the cause of freedom and a rejection of the ideology of Nazi Germany. He is a great example of a leader who was clear about his values, and the values of the country, and because of that was able to rally a nation to victory and do what many insisted was impossible.

How much time have you spent thinking about what you value in your practice? How much effort have you put in to surrounding yourself with people who value what you value in the workplace and are engaged with you in building the culture that will support the vision you have for your practice? The people we bring alongside us are the co-leaders and the “few” that will help determine our level of success. We must choose wisely.

Not long ago my wife and I took a trip to a foreign country. During that trip, we found ourselves on an excursion with people from all over the world. It was fascinating to listen to all the different languages being spoken in all the little groups that surrounded us, but It was a clear reminder that we were a long way from home. As I listened closely through all the conversations, I heard the familiar sound of English being spoken. We didn’t know the individuals who were speaking English at all, but because the language they spoke was familiar, we found ourselves creating an opportunity to meet them.

Within your vision, you can see the culture you prefer for your practice. The culture of your organization is the sum total of the way the people of your organization think, speak and act. If you are consistently hearing conversations and observing actions that are foreign to the culture you are actively trying to build, it may be time to decide if you want those actions to affect your culture or if the people in those conversations are speaking your language. There is something sacred, precious and exciting about what you are building. It is our responsibility to protect it from those that don’t see it that way.

August Hill or “Grandma Gusty” as we called her, had a great recipe for bread. In my opinion, it was best and most delicious as morning toast with a healthy spread of real butter. I remember as a young teenager I stayed with her for a week. She had a cataract surgery and my parents wanted me to help with some of the chores around the house. One of those chores was to make bread before my family came back the next weekend. Grandma always had homemade bread when we visited. She walked me through the recipe, and I did it exactly as she sternly (but lovingly) instructed. Being young and brave, I did ask some questions about why she was so particular about doing things a certain way. Her response was simple,” This is the way the recipe says to do it and I follow it.” I couldn’t argue because the results were proven, at least in our minds, to be wildly successful.

Process is like that. In your vision, you can see all the processes that you want in place. You and your team are even practicing some of them now. The others, that will make your practice truly great, are within your grasp to incorporate. The right people performing the right processes 90-100% of the time translates into success and enjoyment in your practice that is next level fulfilling. It’s kind of like making good bread, maybe even grandma’s bread!

Let the Data Talk and Show you How to get Better!

If you are a sports fan, you know that in the last 10 years data has become a significantly larger part of the game. For example, in Major League Baseball a “shift”, where the infield will dramatically reposition (to the point of stacking up players on one side of the diamond and leaving themselves completely vulnerable on the other side) if the data sheet tells them that a hitter has a strong tendency to hit to that side of the field. To the baseball purist, this toys with a person’s emotions. The data, however, doesn’t care. Its purpose is to be objective and to inform behavior.

The data that we collect in our practice is the same. If, in the art of leading your practice, you can collect, consistently and objectively, the metrics that are proven to be important to strength and growth, you will find yourself in a better position to fulfill your vision. Running a practice by “feel” can only get us so far. Eventually, for strength and growth to be sustained, collecting and analyzing the right data will be critical to our success.

Recently, I was in a conversation with our sales manager discussing some challenges we were facing with customers that were not completely satisfied with our services. We concluded that sometimes you have to admit you failed and figure out on the backside, “What do we have to do to be better?”.

Challenges will always be a part of your business. Identifying them, openly discuss them, and act on fixing them. These are the keys that will unlock success. The secret sauce that separates a good practice from a great one is the action you and your team take in addressing the challenges you know are holding you back or limiting your growth. Hiding from the truth (or pretending it doesn’t exist) will only compound the problem and limit your growth.

The art of leading your practice can be distilled down to these principles.

Ready to go next level and grow?

Stay connected with news and updates!

Join our mailing list to receive the latest news, special offers, free webinars and updates from our team.  Don't worry, your information will not be shared.

We will never sell your information, for any reason. 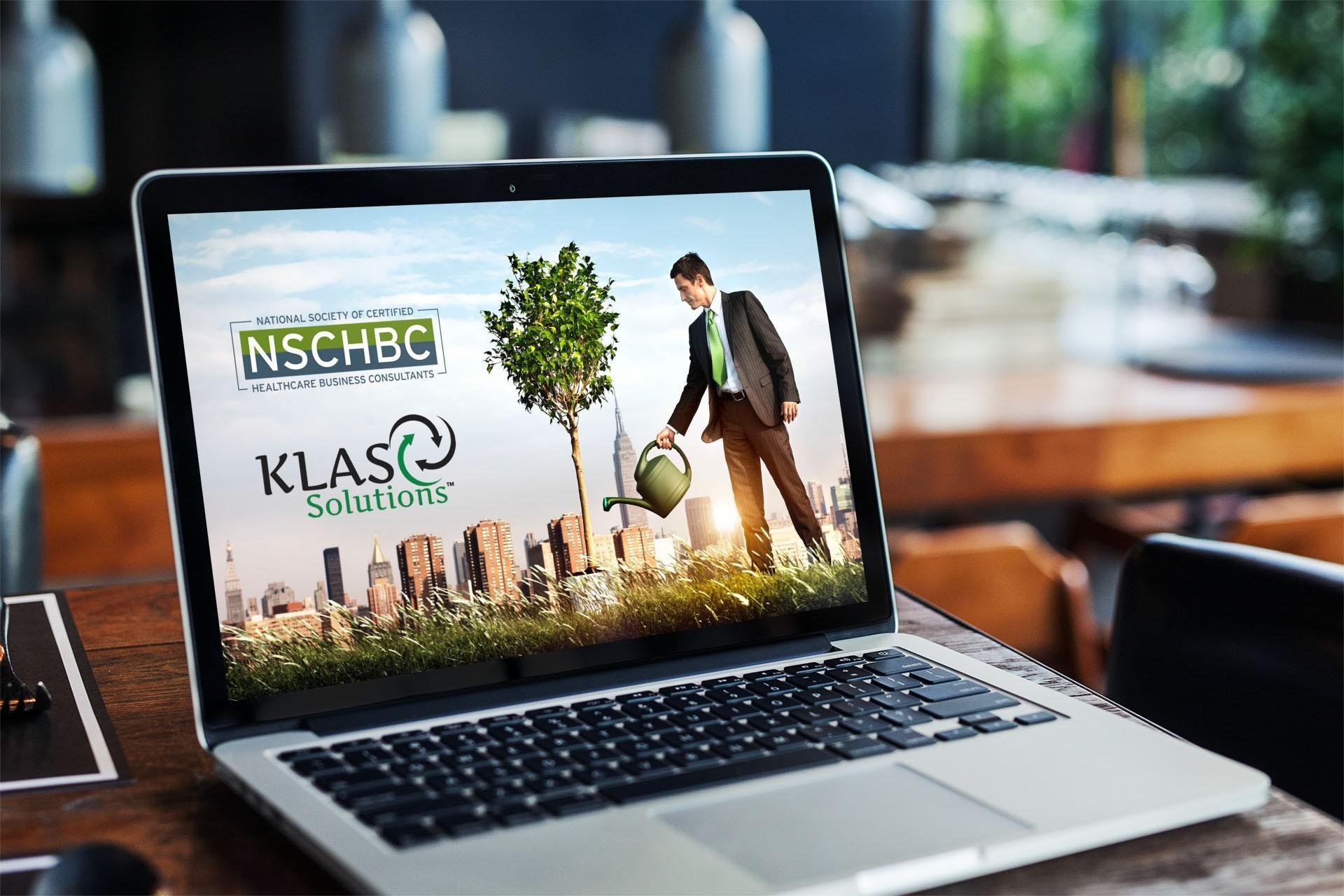 Submit your Name & Email and we'll be in touch shortly!